The Old Trouts return with a classic. After many years on the road in Europe, the US, and the rest of Canada, they’ve grown wrinkled and semi-feral, but they’ve come home with a promise: to cure your fear of death.  Say goodbye to anxiety about difficult choices, dreaded birthdays, and desperate pleas for immortality through fame, art, or progeny.  Their collection of famous scenes from the absolute best puppet shows in history, including Edward’s Last Prance, from The Ballad of Edward Grue by Samuel Groanswallow, and the unforgettable Bipsy’s Mistake, from Bipsy and Mumu Go to the Zoo by Fun Freddy, the Trouts will deconstruct your traumatized psyche and reconstruct it so death means nothing. In a way, promising ever-lasting life, through a puppet show. That’s right.

In the blustery winter of 1999, with the dreaded Y2K looming, a gang of childhood friends huddled on a southern Alberta ranch, seeking mutual protection in case of apocalypse. With the simple reasoning the world will always need puppetry – even in the face of an economic and technological collapse— they founded the Old Trout Puppet Workshop, and premiered to a bunkhouse full of cowboys and Hutterites. Ever since those uncertain, savage days in the wilderness, the Old Trouts have toured the world with their puppets, written and illustrated books, crafted immense sculptures, taught eager young apprentices their secrets, and made films. The Old Trouts also form half of trance-blues band, Agnostic Mountain Gospel Choir. Next up (if the world doesn’t end), a show in a Roman amphitheatre in Lyon, France.

One of the best shows of the year… not to be missed. -The Globe & Mail 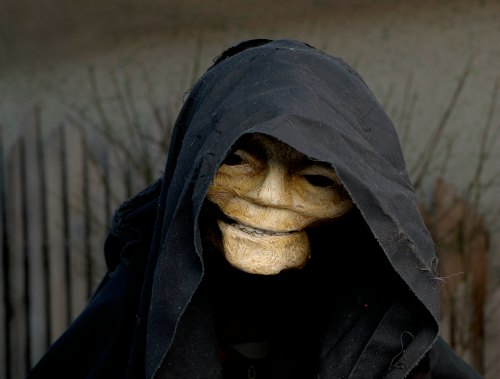