The mishaps of a puppet under construction who takes a stab at finishing the job itself.

For 18 minutes …(a) delicious thriller, reaching a height of comic trashiness that rivals Tarantino. But parents should rest assured: it is safe to bring your children (eight and up nevertheless). A rectangle of polystyrene on a rod is all you need for the task (with the help of two brilliant and very discreet puppeteers)… It’s sheer madness, clever, brilliant!

Starting in 1986, Alain Moreau‘s TOF THEATRE originally created work for adult audiences. Often without words, the shows are now conceived for a wider public, enjoyed by all ages, and occasionally taking to the street.

Did you hear an odd thump?

What is that strange scratching sound?

Oh! That trunk is opening! Trunk Puppet lifts the lid off the Big Box of Life containing our creative spirit, pushing the boundaries of how we experience puppetry. By releasing the imposed control of the puppeteer, letting the puppet have a life of its own, what wonders and mysteries, hilarity and havoc will be unleashed? CAOS is proud to support the world premiere of Trunk Puppet, a brand new work, co-produced with Montreal’s Festival de Casteliers.

In the blustery winter of 1999, with the dreaded Y2K looming, a gang of childhood friends huddled on a southern Alberta ranch, seeking mutual protection in case of apocalypse. With the simple reasoning the world will always need puppetry – even in the face of an economic and technological collapse— they founded the Old Trout Puppet Workshop, and premiered to a bunkhouse full of cowboys and Hutterites. Ever since those uncertain, savage days in the wilderness, the Old Trouts have toured the world with their puppets, written and illustrated books, crafted immense sculptures, taught eager young apprentices their secrets, and made films. The Old Trouts also form half of trance-blues band, Agnostic Mountain Gospel Choir. Next up (if the world doesn’t end), a show in a Roman amphitheatre in Lyon, France.

The Canadian Academy of Mask and Puppetry is a new institution based in Calgary. Dedicated to training and developing the stylized physical forms of performance and object manipulation, CAMP’s mandate fosters the next generation of artists inspired by these forms of theatre and storytelling. CAMP’s objective is to found a centre that will enable all of these activities. Join our CAMP! Email pete@theoldtrouts.org to pitch in.

Also join Artistic Director Peter Balkwill at the Breakfast with Sleepy Artists Panel and Anne Lalancette for the Moving and Making Puppets workshop.

Solitude can be a special place, or a world so small it fits in her suitcase.

Silent, slow and deliberate, steering away from a linear narrative, The White Woman is a poetic and visual performance, without words. Examining the close relationship between performer, object, and viewer, the show centers on a character living in a world filled with puppets, images and allegories. The black-and-white tones inspire layers of meaning while The White Woman shares an intimate moment with you.

A multidisciplinary artist and creator of The White Woman, Magali Chouinard has presented in different festivals worldwide. Teaching arts and scenography for over 25 years, Magali now focuses on puppetry, building, manipulation, and initiation. She uses the poetry of images and puppets to represent a multifaceted human experience.

On March 15, join Magali Chouinard to learn techniques on giving life and character to a puppet in the workshop Giving Life to Material.

The hoop itself
represents unity,
inclusiveness
and equality

Sagowsko was inspired by the Anishnaabe (Ojibway) hoop dance story taught when Sandra Lamouche first started learning to hoop dance in 2005. Pukawiss, the disowned one, was fascinated with nature. His father, who wished he was more like his older brother, a great hunter and warrior, disowned him. Pukawiss left his family and performed for different villages, eventually creating the hoop dance.

Sagowsko expresses the sacredness and strengths of Native women, the exploration and discovery of nature, the devastation of loss and disconnection, and finally, feeling the heartbeat of the earth and reconnecting. Sagowsko represents a sort of healing ritual one may experience when able to be oneself, to live in a connected way with identity and the world.

Sagowsko, “bush woman,” is the nickname of Sandra Lamouche, who is a member of the International Dance Council and holds a B.A. in Native American Studies from the University of Lethbridge. Sandra is completing a Master of Arts Degree in Indigenous Studies from Trent University in Peterborough, Ontario.

Dance is one of the ways that we reconnect the sacred hoop, which has been broken through colonization and assimilation as we recreate our reality to benefit all of creation.

Alice Nelson and a variety of fun puppets explore humankind’s intricate relationship with water. The younger set will love hilarious stories, historical anecdotes, and fascinating facts. Check out the online study guide with activities to enrich the experience!

A touring company based in Calgary, WP creates original shows for schools & families, using puppetry to engage and animate curiosity about the world we live in. WP also produces Puppet Power, an international conference series that examines the power of puppetry in the social issues of our time. 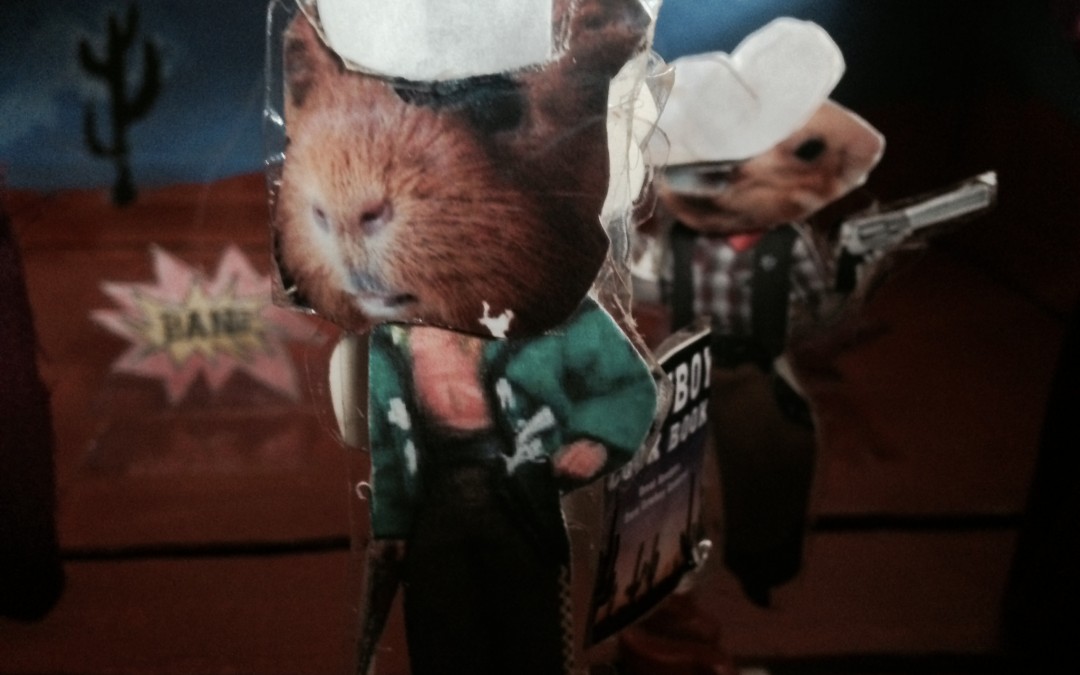 Climb the stairs and look for a beckoning hand. Enter a secret arcade of miniature theatres. Cross the palm of each show’s operator with a Toonie or a Fiver. Put on the headphones, and be transported by a brief little puppet show or twisted movie. Prepare yourself for Lilly’s Big Day, run to The Ice Cream Man, capture The Gerbil Who Shot Liberty Vallance, and remember true Friendship lasts.

Come early, or stay late, the arcade will be open. Most shows suitable for families, but not all.

‘Colosse’ Dir. Yves Geleyn – ‘Colosse is a giant wooden robot puppet who doesn’t know his own strength, much less what his strings are up to. In this short film, the director explores his childhood obsession with puppets and all things robotic.

‘All this Joy’ Dir. Jesse Garrison – This music video is an enthusiastic indie-folk tale about coming of age and living with spontaneity, courage, and hope. The creators incorporate elements such as puppetry, animation, and performance.

‘The Sure Sheep’ Dir. John Kennedy – Tad the lost sheep learns to overcome his shyness when he joins Handley Sheep Farm. When Tad gets his big break in a commercial he lets the whole flock rock in his catchy TV spot.

‘Piano Mouths’ Dir. Jeanne Stern – The title says it all! A lighthearted musical interlude from the creator of Les Malaventures de Zut-Alors.

‘Mother Hubbard’ Dir. Paul Andrejco  – Mother Hubbard fetches some food for her dog, Toby, but is in for a nasty surprise.

‘Mother Hubbard: Anonymous Tip’ Dir. Paul Andrejco – Toby the dog is on the run from the law. 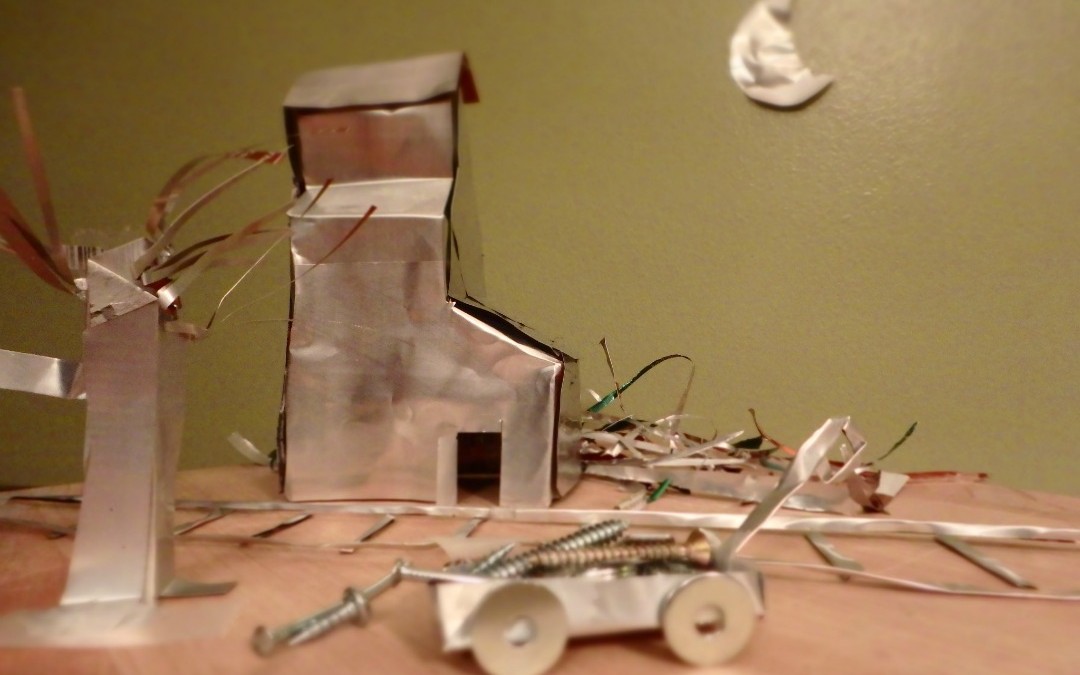 What do a lonely bus rider, microscopic puppets, and punk tumours have in common? The prairie, where “nothing ever happens.” Prairie Puppet Underground proves this wrong with a new collection of puppet films.

PPU is a collective of indie Saskatchewan artists creating and exhibiting puppetry on screen. Stay for a Q&A with directors Chrystene Ells, Berny Hi, Kenn McLeod, and Rowan Pantel.

Gerald Saul is a professor in the Department of Film at the University of Regina. He has created over two hundred films ranging from feature length to under one minute. He can frequently be found with a bucket of photo chemistry under one arm or an empty bucket on his head.

‘Fade to Gray’ by Rowan Pantel (4min) – This film follows the anonymous life that an elderly woman lives as she leaves her lonely house to ride on a city bus.

Rowan Pantel is a Saskatchewan based visual artist and puppeteer, and she is one of the founding members of the Prairie Puppet Underground.​

‘The First Engine’ by Ian Campbell (4min) – At the dawn of the 20th century the horse was supplanted by a new means of power. A working mare named Henrietta is startled to find this new invention making itself known across the prairies. Soon it will make its presence felt in a most radical way.

‘I Won’t Be Gone Long’ by Eric Kanius and Chelsea Slessor-Smith (3min) – Rancher Gloria reminisces about a life changing moment from her younger life in Saskatchewan while waiting for her husband to return home from Vancouver.

Filmmaker Eric Kanius and artist Chelsea Slessor-Smith are a major component of Split the Bill, an independent film troupe creating tons of films to better their talents and have some fun.

‘Dolly’ by Berny Hi (3min) – A handmade doll helps a man decide whether or not to have children of his own.

Berny Hi is endlessly fascinated by the cosmos and aspects of the human experience: beauty, sensation, and our unique perception of time and space.

‘The War Effort’ by Kenn McLeod (2min) – In the summer of 1943, two young friends attempt their own mischievous brand of war profiteering. Based on a true story.

Hailing from Regina Saskatchewan, Kenn McLeod is a performer, director, and educator that is always on the lookout for new ways to expand his theatrical repertoire.

‘Study for the Painting Sunflowers’  ​by Jessica Reiss, (2min) – ​Based on a poem of the same name, written by Tracy Hamon, this ekphrastic work peeks into the anxiety of voyeurism and the gaze through puppetry and the art of poetry.

Jessica Reiss is a multi-media artist living in Regina, Saskatchewan.

‘Parathyroid Punk’ by ​Chrystene Ells (3.5min) – A swaggering punk parathyroid tumour puppet boasts about the hell he causes. After being sick for a decade, in 2013 Chrystene was finally diagnosed with a life-threatening parathyroid tumour in her neck. Now post-op, healthy, and turning to cinema for catharsis, Chrystene’s ‘medu-tainment’ film has already helped others get diagnosed.

Chrystene loves life, making stuff, having adventures and conducting experiments. Mostly she loves to do these things with other people.​

‘She’ by Jingyi Zhang (4min) – A story about how social institutions and other powers assimilate and form different individuals, especially women, towards same standards.

Jingyi Zhang is a graduate film student in University of Regina. Her research field is matriarchal communities and documentary. 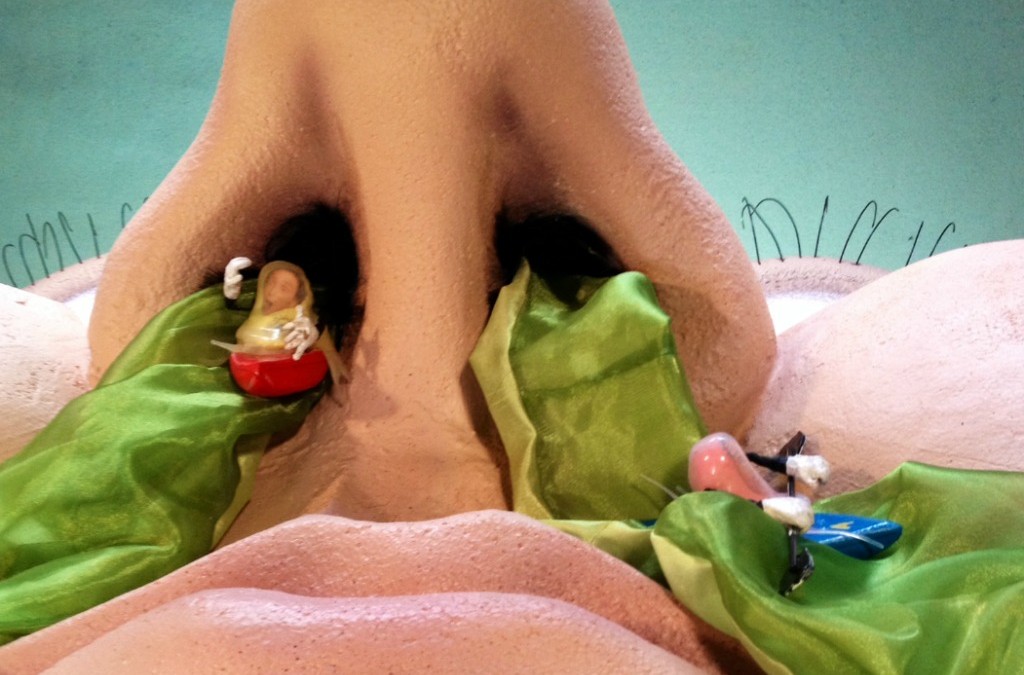 Director’s cut! Calgary’s Bleeding Art Industries creates a fun and whimsical Monty Python-esque stop motion animation to the song, River of Snot by the comedic musical trio The Arrogant Worms.  After the screening, director Leo Wieser and fabricator and animator Alyssa Moor will talk about their process and show some of the set pieces and props used in the animation.

Since 1991, The Arrogant Worms have written songs to make fun of our “big dumb world.” Luckily, the world is still dumb and The Arrogant Worms, (Mike McCormick, Chris Patterson and Trevor Strong), still have plenty to sing about including, rivers of snot. Their shows are fast, furious and family friendly. Their quick wit, biting satire and stellar musicianship, appeals to fans from kids to grandparents to Princess Leia.